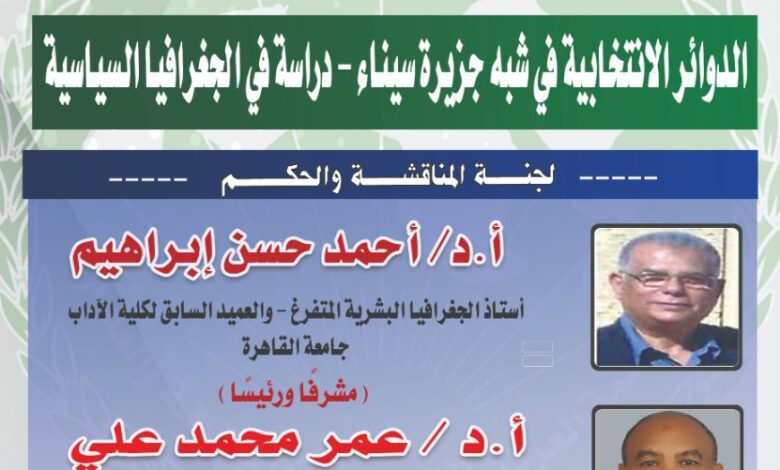 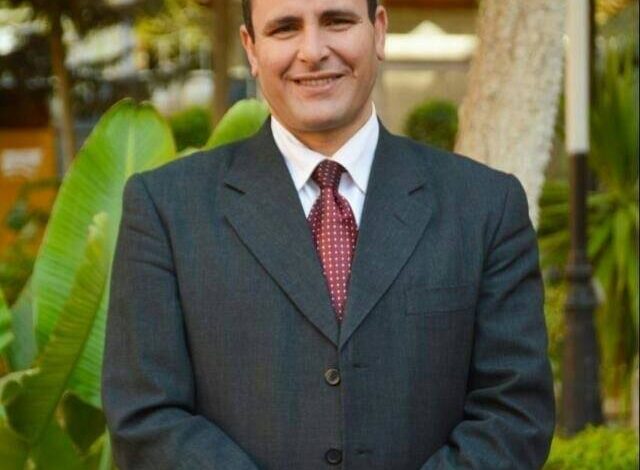 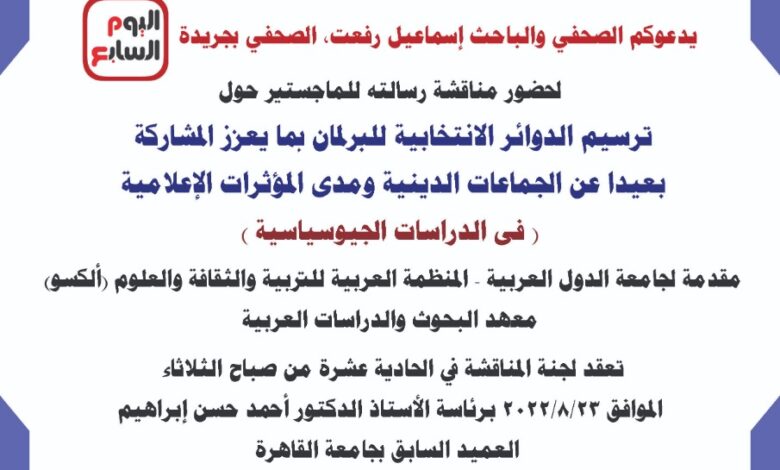 The jury and discussion committee will discuss a master’s thesis in geopolitical studies submitted by journalist and researcher Ismail Refaat Al-Sahafi Foundation and Al-Youm Al-Sabaa newspaper, as the first scientific thesis to form parliamentary electoral districts after 2013 on political grounds that prevent groups from manipulating the state.

The thesis deals with electoral districts as a study in political geography, demarcation and analysis, and the establishment of the institution of legislation and oversight and its repercussions on the formation of the government, all on the basis of belonging to the homeland, with political determinants, and a participatory national program that addresses the rights of citizens, their distribution and conditions away from belonging to groups with a special agenda, which sought To kidnap the Legislative Institution before 2013, and burn and sabotage it after this date. 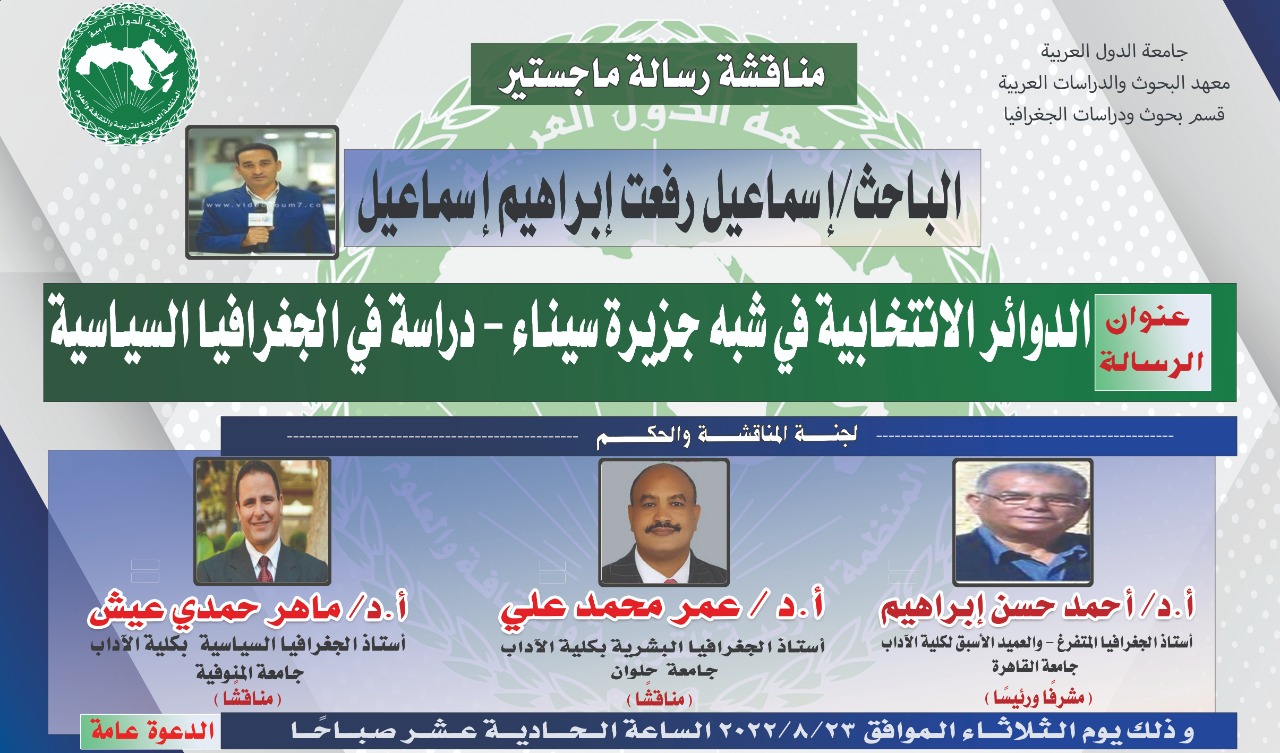 The thesis deals with spatial, demographic and natural variables, the population’s activity and the conditions of their environment, and what they were exposed to before 2013, and the state’s success in controlling this environment and granting the citizen his full freedoms, starting with the delineation of districts on the basis of the full right of all. The Sinai Peninsula – a study in political geography .. by researcher Ismail Refaat Ibrahim Ismail, discussed by the Institute of Arab Research and Studies of the Arab Organization for Education, Culture and Science (ALSCO), at eleven o’clock in the morning of Tuesday, August 23, 2022. 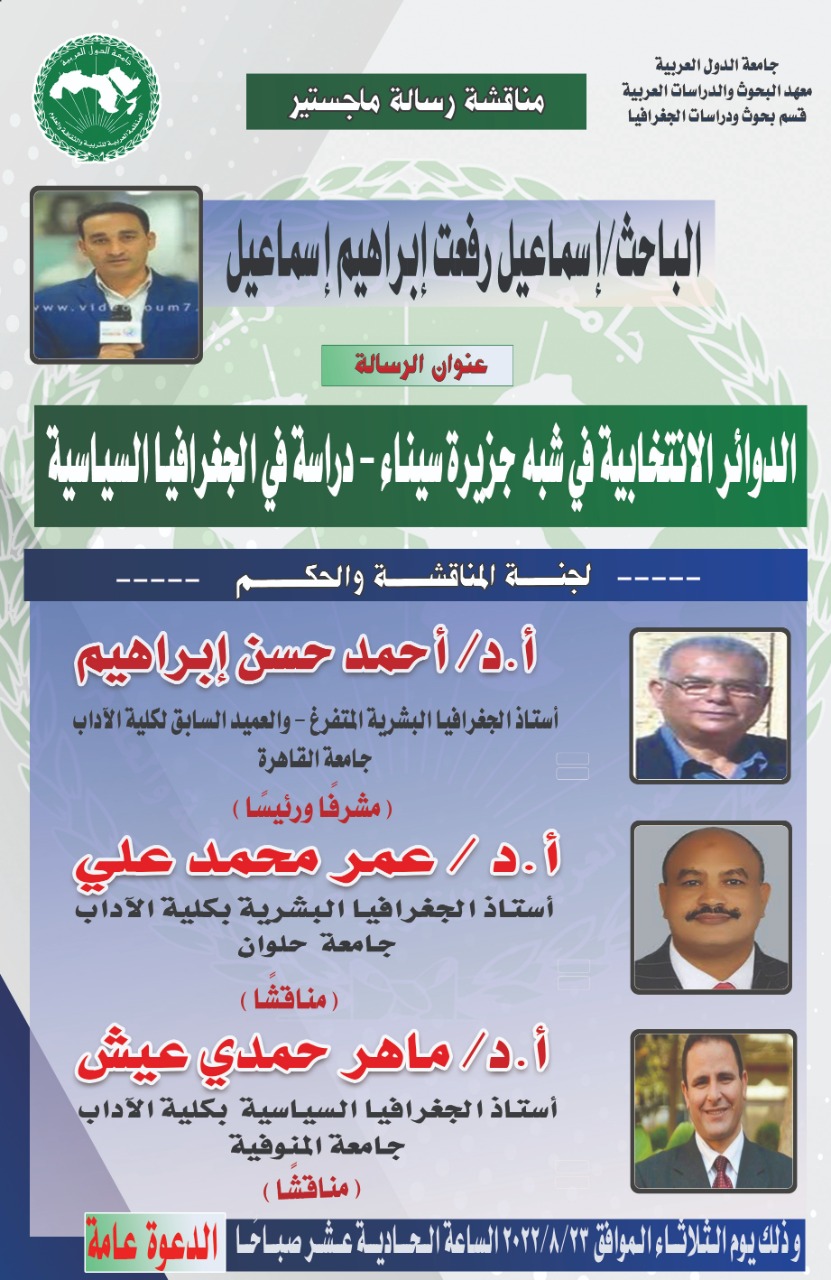 The researcher Ismail Refaat Ibrahim Ismail, under the guidance of the supervisor Prof. Dr. Ahmed Hassan Ibrahim, chose the subject and area of ​​the message (Sinai Peninsula), as an example of treatment and appropriateness to the privacy, nature of place and circumstance, and in support of the state’s approach to address issues in a manner that suits the rights of full citizenship that satisfies the requirements of the masses.

The supervision of the thesis, in addition to the discussion and judging committee, is an expression of the most prominent scientific Arab names specialized in addressing the components of the state and the foundations of its construction, and its political frameworks and determinants, from the point of view of the science of political geography, especially the geography of ruling elections in the formation of state parliaments as a legislative authority, oversight, accountability and granting The withdrawal of powers is reflected in the formation of the executive authority, and comes as a popular authority and mass participation in power.

The Public Committee for Discussion and Judgment, convened under the chairmanship of the great scholar Prof. Dr. Ahmed Hassan Ibrahim, the former dean of the Faculty of Arts at Cairo University, a full-time professor of human geography, the most prominent therapists of political geography issues and the foundations of state building and its political elements, a prominent member of the Egyptian/Arab Geographical Society, and the membership of Prof. Dr. Omar Mohamed Ali is a professor of geography at Helwan University and a member of the Egyptian/Arab Geographical Society, as a debater, as he contributes a large share of research and literature in the field, in addition to presenting state projects to the reader from a future point of view. 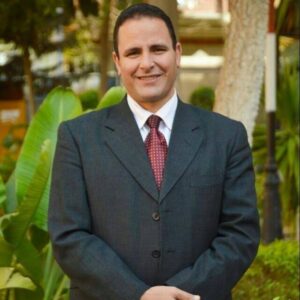 The committee is held with the membership of Prof. Dr. Maher Hamdi Aish, professor of political geography at Menoufia University, member of the Egyptian/Arab Geographical Society, as discussed, and author of a large number of publications in the field. 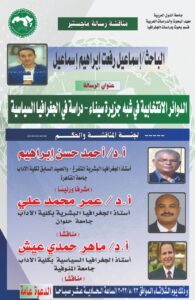 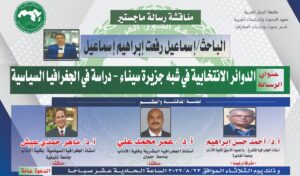 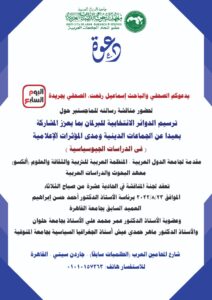 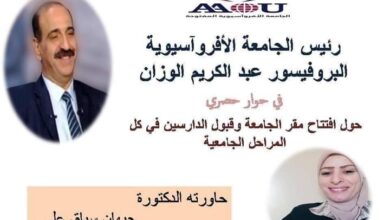 Best Antivirus To your PC 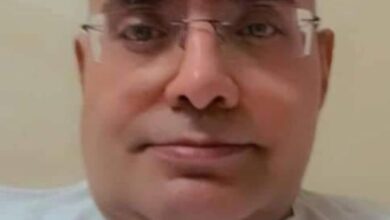